The Nomixx Restobar n Grill in Manila,Philippines, was packed to the rafters last night for the launch of White China’s new EP ‘The Big Chill and Other Lost Gems.’

Fans partied the night away with excellent music, food and drinks, whilst celebrating the band’s first release in nearly three decades.

The Big Chill is a limited Edition of 250, individually numbered and comes in a stunning red vinyl making it a ‘must have’ collector’s item, but be quick, when they’re gone, they’re gone.

Photos now uploaded from last night’s event in our photo gallery and please check out and ‘Like’ ‘The Nomixx Restobarn Grill’ on Facebook. http://www.facebook.com/nomixxbarlive

Last night, under the cover of darkness and at a secret location somewhere in Scotland, a delivery took place of the much anticipated new White China release 'The Big Chill and Other Lost Gems'. Executive Producer, Lena Sto Domingo and Alfred Dee from San Francisco, personally delivered the Limited Edition EP's produced in red vinyl, for band members Jeff Bernstein, Pete Chambers and Kenny Graham to personally sign for fans.

A limited editon of only 250 (individually numbered) and with over 100 already reserved, The Big Chill is a must have collectors item, so, be quick, when they're gone, they're gone!

To view photos from the signing session, checkout the photo gallery.

They rocketed from Scotland with a wall of fireball guitars, crashing drums, chiming keyboards, and soaring vocals.

In 1985, the Scottish youths of White China were about to plunge into the neon-colored whirlpool of the New Wave. With a freshly minted contract from Island Records, the group released the single “Smiles & Jokes,” a riffy pop gem that was equal amounts U2-esque wide-screen rock and Ultravox-flavored synth-pop. They could have been famous. But, after a few singles and touring with Top-40 stars Big Country, the plug was pulled.

The band’s label rep had been fired, and the group’s debut LP, The Innocence, was quickly tossed into the abyss infamously known as the vaults. White China splintered thereafter. The group probably would have been completely forgotten if “Smiles & Jokes” hadn’t grabbed the ears of New Wave radio programmers in the Philippines in the late ‘80s. “Smiles & Jokes,” with its booming, ethereal dance hooks, found itself sharing playlists with the kings of post-punk – the Cure, Echo & the Bunnymen, Joy Division, the Smiths, and Depeche Mode. In another country, and completely oblivious to the band members at the time, White China had fulfilled their promise.

As the decades progressed, “Smiles & Jokes” never really vanished from Manila radio. It became a staple of ‘80s flashback programs, especially those devoted to New Wave. Owning the original vinyl, always hovering around the $100 range to this day on Ebay, became a badge of honor among Filipino collectors. When the group started migrating online, they discovered this large pocket of passionate fans in the Philippines.

It is through this group of followers – namely Executive Producer Lena Sto Domingo along with Boyet Garcia, Alfred Dee, and James Zalvidea – that White China has returned with their first record in nearly three decades. Entitled The Big Chill, it is a limited-edition, vinyl-only EP of new and unreleased old tracks. Featuring vocalist/guitarist Pete Chambers, bassist Craig Manning, keyboardist Jeff Bernstein, and drummer Kenny Graham, White China itself has reunited and is preparing for their live debut in the Philippines.

The Manila trip wouldn’t be the first time White China has paid homage to their Filipino fans. In a recent magazine interview, the band wore matching shirts featuring WXB 102, the legendary Philippine-based New Wave radio station that was ousted from the FM airwaves in 1987 but was resurrected as an online-based entity in 2005. Still programmed by its brilliant original tastemaker George Frederick, WXB 102 continues to broadcast its uncompromising vision of classic alternative music to a global audience. Its life and that of White China seem intertwined; both were yanked from existence just when they were on the brink of regional domination, only to be revived from their slumber by fans who never recovered from their loss, fans who simply dared to be different. 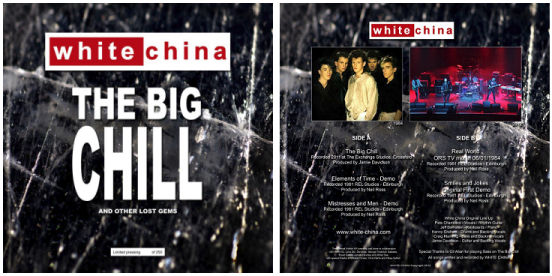 White China is pleased to announce the release of their forthcoming limited edition vinyl EP The Big Chill and Other Lost Gems. The EP contains a recent recording of The Big Chill and a number of early demos recorded in 1981.

There is a total limit of 250 being released inpurple vinyl at the end of June with over 60 reserved already. It’s been over 25years since any other release from the band and the majority of the tracks look toward the very early recordings of the band which have not been heard by the general public until now.

If you wish to receive a copy, please note your interest on the site forums.

White China are proud to announce their future gig at The Jam Jar on Friday the 25th of May playing with Bruce and Jamie’sElektrik Cirkus and Lithium. Following on from their successful support slo twith Big Country at The Alhambra in February, it seems that the demand is there to see more!!

We look forward to seeing you there on the night where we can guarantee an evening of playing lost gems from the album that was never released. 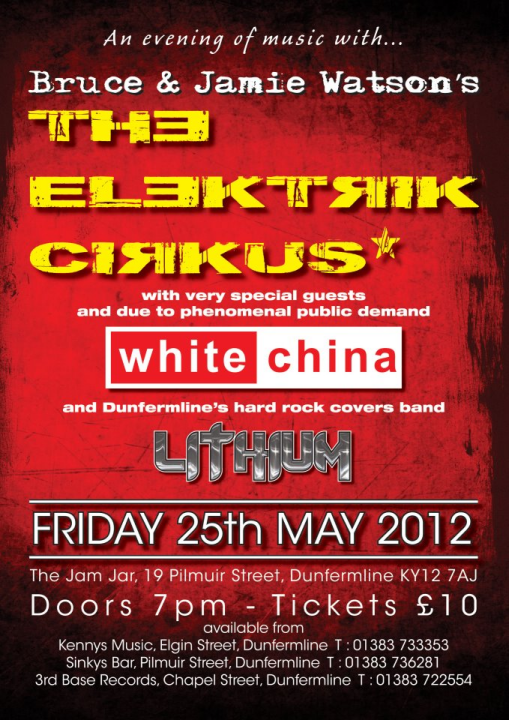 We have now installed a 'Live Chat' program to the site and are hoping that in the very near future that we can arrange a date and time whereby fans can chat with the band right here on the site.

Thanks for your support.

Just a note of thanks from the band for all you support and messages of goodwill leading up to the Dunfermline gig with Big Country.

We had an amazing time of it, and it was obvious from the beginning of the gig that we had full support from the crowd. It was great and the guys are still on a high from the experience. 27 years approximately since the Steeltown tour and it felt like we had never been away.

We have removed the White China Video link from the site as the YouTube user who uploaded them has made them private, however, we have better copies and will be uploading them again very soon.

Apologies for any inconvenience caused. 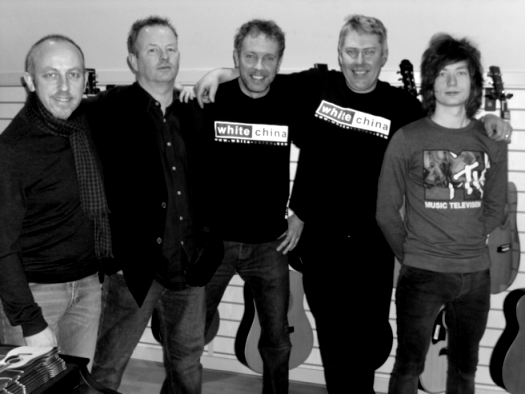 We are currently updating the photo gallery and have now added photos taken at rehearsals on January 26th 2012 at Kenny's Music, Dunfermline.

We will be adding a White China Press section within the next few days. 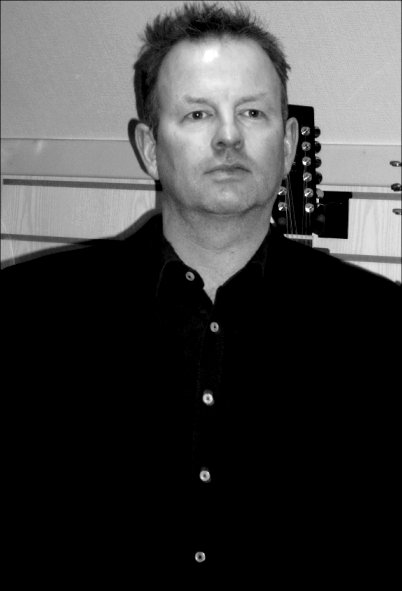 re the homepage photo, Cal said look away...so I did...didnae realise he was talking about the song (ours not Big Country's), Welcome to the site folks, rehearsals going well and we're looking forward to the Alhambra a week on Tuesday.